A highly rated game fish, the black marlin has the power, size, and persistence of which anglers dream.

Found in tropical and warm temperate waters of the Indian and Pacific oceans, the striped marlin is pelagic and seasonally migratory, moving toward the equator during the cold season and away again during the warm season.

Caught Year Round with peak season of June ? October This pelagic and migratory species occurs in tropical and warm temperate oceanic waters. A powerful, aggressive fighter, they run hard and long, sound deep, and leap high into the air in a seemingly inexhaustible display of strength.

Available year round. Great for instant ceviche on the boat! Found worldwide in tropical and warm temperate seas, the dolphinfish is pelagic, schooling, and migratory.

Available Year Round. Occurs worldwide in deep, warm temperate oceanic waters. It is both pelagic and seasonally migratory, but has been known to come fairly close to shore. It is highly esteemed both as a sport fish and as table fare. Ready to eat right away sashimi style with soy sauce and wasabi.

Some of the largest Snook I have ever seen have been caught inshore and close to Marina Pez Vela. A fun and delicious catch!

Not as common as most species, but caught every once and a while. Found worldwide in tropical and warm temperate seas, Pelagic and seasonally migratory. There are indications of seasonal concentrations off the Pacific coasts of Panama, Costa Rica, Nicaragua and Baja California in the summer months.

An exciting catch available year round, but predominantly in prime fishing months. Occurs in the eastern Pacific Ocean from the Gulf of California to Peru. An in shore species, it is found in the surf, over sandy bottoms, and in moderate depths. When hooked or in pursuit of prey it will raise its dorsal fin like a flag and leap repeatedly.

There are over a dozen types of snappers available in our waters. One of the most common is the red snapper. Adults are more plentiful offshore in 60 to 440 ft of water associated with rough, rocky bottoms and wrecks.

Many Grouper Species are found just off the coast! When hooked grouper are dogged opponents that must be turned quickly before they retreat to cover.

Let us know your requirements so we can assist in managing your next fishing adventure! 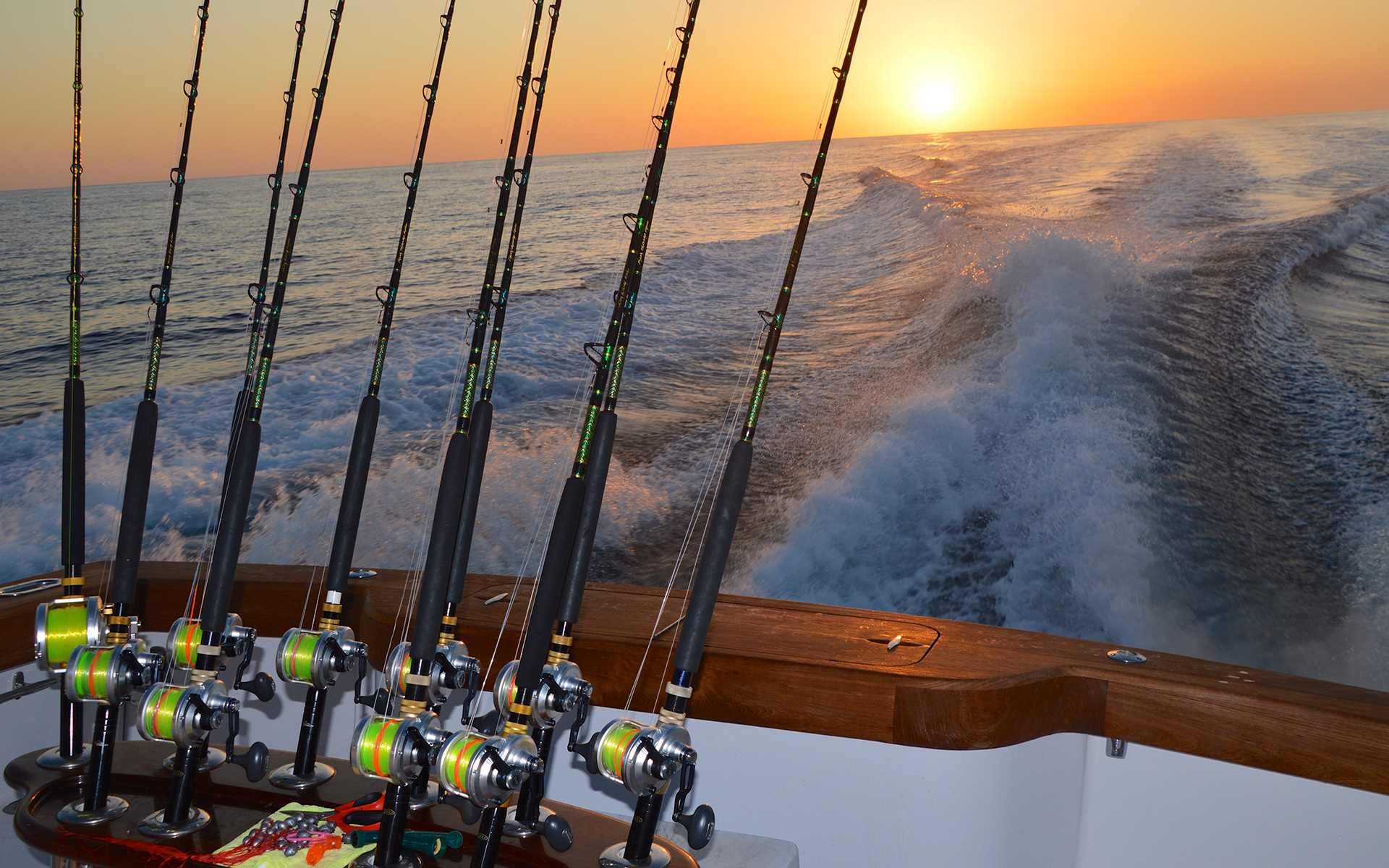